Columbia Funeral Home has served the Rainier Valley and greater Seattle since 1907. It is still located at its original site in Southeast Seattle at the corner of Rainier Avenue and South Alaska Street.

To many, Columbia is a Seattle landmark, recognized for its well-kept building and immaculate landscaping. Many Seattleites know Columbia Funeral Home for its traditional Christmas display that annually attracts thousands to the Rainier district. Columbia is the oldest business in southeast Seattle and the oldest member of the Chamber of Commerce. Over the years the business has been very active in the community, especially in sports. Columbia is well known in the Rainier Valley for sponsoring successful teams in baseball, hockey, bowling and Little League.

Wilbert Lewis, former owner for over 40 years, was very active in the community, city and state serving, among many other activities, as president of the Washington State Boxing Commission, the Lions Club, Seattle Park Board and the Washington State Funeral Directors Association. Columbia Funeral Home continues to support many groups, causes and churches throughout southeast Seattle.

The menu below, described by decade, gives a brief history of Columbia Funeral Home:

The building began in 1906 as a modest house bought for the family of Fred Lassen and stood on the present location of Columbia Funeral Home. Leo Lassen, son of Fred, grew up here and went on to be the radio voice of the Seattle Rainiers baseball team.

1907: A new home was built on the site of Rainier and Alaska, replacing the modest dwelling occupied by the Lassen family. 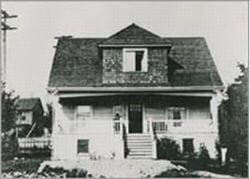 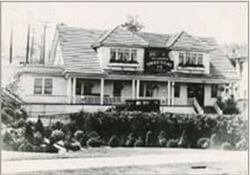 Shown here are improvements to the landscaping and building. Also added at this time was the Fireside Room to the south side of the building (left side looking at photo). 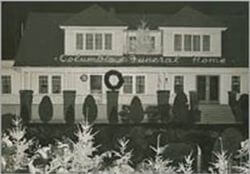 More improvements and modernization to the building along with part of the annual Christmas display. 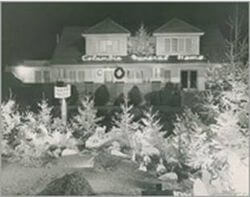 Another angle of the facility and the Christmas scene.

Present facility with on-site crematory close to main building (not shown; just to the north on same property). In the last 12 years, many additional improvements have been made to the inside, including restrooms, arrangement rooms, preparation room, merchandise room and offices. 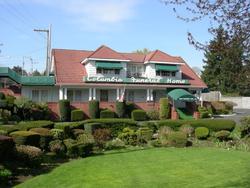