Share a memory
Obituary & Services
Tribute Wall
Read more about the life story of Gail and share your memory.

Gail Efroymson, beloved daughter, sister, aunt, great-aunt, and friend to so many, passed away unexpectedly from a cardiac condition on January 12, 2023. Gail was an avid hiker and biker, loyal friend, skilled social worker, dedicated social activist, curious reader, and delightful companion with a truly infectious laugh. Her untimely death leaves all those who loved her bereft and in shock.

Gail was born in Atlanta, GA on March 7, 1964. She grew up in Toledo, OH and attended Kent State University as an undergraduate, and Hunter College in NY for graduate school. She studied social work and advocating for the underserved. She was raised in the Jewish faith and her Judaism was an important part of her cultural identity.

After college, Gail spent two years working in Mexico for a travel agency and became proficient in the Spanish language. She then moved to Seattle where she provided social work services for several years at both DESC and The Compass Center. While in grad school, she worked at Esperanza, which fueled the passion for restorative justice that she held dearly ever since. She lived in New York for 10 years before returning to Seattle.

Gail spent the past eight years at Seattle’s Harborview Medical Center / Harborview Mental Health and Addiction Services as a licensed clinical social worker. She served Harborview’s mission population with heart, dedication, and compassion. She honored her clients’ lives and stories, and cared deeply for them. She was an excellent co-worker, always seeking to improve the care she delivered and the organizations where she worked.

She was a dedicated fighter for social justice. She was particularly interested in women’s rights, and working for equity for people of color. These were causes she championed not only at work, but also in her private life, challenging herself to improve in a way that was quietly inspirational.

Gail loved travel and adventure, exploring Europe, South America and Antarctica. To raise money for a charitable cause, she and a friend once rode their bikes down the west coast from Canada to Mexico.

Gail loved the mountains of the Pacific Northwest and spent many an early morning on a challenging hike. She was an adventurer, often going far afield but also spending Friday mornings hiking the Issaquah Alps. She wanted to share her passion and proved an excellent guide for friends on her favorite hikes. She camped often, usually so she could get up early and be first on the trail. She was also a delightful partner for long, rambling walks around the neighborhood.

Gail is survived by her parents, Donna and John Efroymson. Gail was devoted to her parents, providing care and companionship to them and greatly enjoying their time together. Her passing leaves an enormous and unfillable hole in their hearts. She is also survived by her twin brother David Efroymson (Amy) and their children Audrey, Charlie, and Caroline; and by her sister Beth Zaharoff (Larry) and their children Sarah (Justin) and Sharon (Neil). Gail was an involved and loving aunt to her nieces and nephew, relishing time spent together, sleepovers, and confidences. She was honored to officiate at Sharon and Neil’s wedding.  Gail recently had the joy of welcoming her great-nephew, Theo, Sarah and Justin’s son, to the world. She was called “Gailee,” “Aunt Gailee,” and “Queen Gail” by various friends and relatives.  In addition to her grieving family, Gail is survived by many dear friends who are mourning her intensely. They had plans to travel, hike, laugh and share meals together for many more years. They don’t know what they will do without her.

The date for a Celebration of Gail’s Life this spring will be determined. In lieu of flowers, the family requests donations in Gail’s memory be made to: 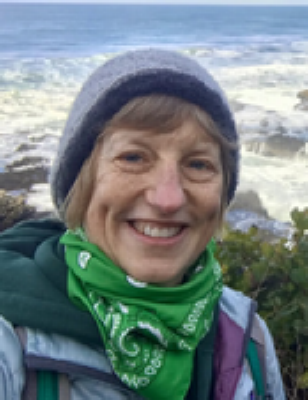 You can still show your support by sending flowers directly to the family, or by planting a memorial tree in the memory of Gail Efroymson
SHARE OBITUARY
© 2023 Columbia Funeral Home & Crematory. All Rights Reserved. Funeral Home website by CFS & TA | Terms of Use | Privacy Policy | Accessibility