Share a memory
Obituary & Services
Tribute Wall
Read more about the life story of John and share your memory.

Dearly beloved child of our Lord Jesus Christ, John L. Mason, went home to be with our Lord on Sunday, January 1, 2023, at the age of 79, approximately 1 month shy of his 80th birthday.

John was born on February 3, 1943, in Shuqualak, Mississippi, to Luke and Belar Mason, and was the middle child of three.  While John was still a child, the family moved to Omaha, Nebraska, and he spent most of his growing up years there, where he graduated from Central High School.

After graduation, John was drafted into the U.S. Army and served at Fort Lewis, WA, for approximately 2 years, having attained the rank of E-5, when he was Honorably Discharged.

As John's time in the Army was ending, he applied to the Seattle Police Department and was hired as a Police Officer on April 23, 1968. Over the next 31 years, John advanced through the ranks, and worked in a number of different assignments throughout the Department, making lifelong friends along the way.  In 1994, John was promoted to Captain and spent two years as the South Precinct Captain and was very active in the community.  In 1996, John was appointed Assistant Chief of Police, and supervised several different bureaus - including leading the Department's project to build a new Headquarters building to replace the aging Public Safety Building.  John retired in 1999 after 31 years of dedicated service.

It was early in his profession as a Police Officer, that he met the love of his life – Shirley Jean Heichel – at a fun “dance spot” in Everett, WA.  Their 7-month courtship led to marriage on November 25, 1972, when they eloped to Reno, Nevada.  They happily celebrated their 50th wedding anniversary November 25, 2022.

This past Christmas was filled with great joy as John celebrated it with all the family, and Christmas scriptures were shared.

John “stood tall,” and was a kind, thoughtful, generous man who was always willing to lend a helping hand.  John showed special interest in others, often engaging in thoughtful conversations; however, his excellent sense of humor also fostered lighthearted fun.

John was a gifted artist, and his dear granddaughter, Nylah, is following in his footsteps.  Daughter, Naomi, inherited her father’s sense of humor, laughter, and organizational skills.

John loved going to Church and looked forward to attending on Sundays.  Aside from listening to the Sunday sermons, he enjoyed his friendship with Pastor Eddie Gardner and his wife, Terry.

John is and will continue to be greatly missed! 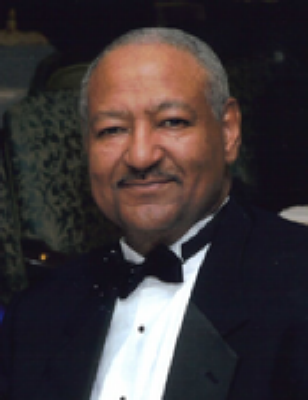