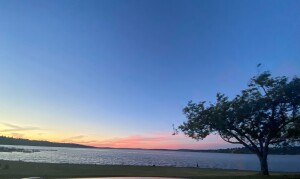 Miguel was born on December 4, 1999, at Swedish Hospital. Jessica Placides, became a big sister to Miguel, he later became an older brother to Angelo who became his best friend and partner in crime.  Soon he became Uncle Miguel to Elijah and Winter, fur father to Rocco, and a caretaker to his Mercedes and Cadillac.

Miguel graduated from Rainier Beach High School as salutatorian.  He received a Congressional nomination to the Air Force Academy but had to withdraw his candidacy when he was diagnosed with cancer.  He continued his education as an Academy of Rising Educator scholar and graduated last year 2021.  Miguel had his first job in 9th grade as a tutor for Team Read and later became a math tutor at Rainier Beach HS after he graduated High school.  He started his teaching career at Impact Public School, teaching 1st and 2nd Graders.

Miguel is survived by his parents Ramil and Grace, Grandmother Gloria, Siblings Jessica and Angelo, his girlfriend Hailey, and many aunts, uncles, cousins, nieces, nephews, extended families, and dear friends.