Share a memory
Obituary & Services
Tribute Wall
Read more about the life story of Querubin and share your memory.

He obtained his Bachelor of Science in Electronics Engineering from the University of Santo Tomas where he also graduated from the Advanced ROTC Program.

In 1980 he resigned his commission and joined his parents and rest of family in Seattle, Washington State. In 1981 he returned to the Philippines to marry the love of his life Zenaida Niere. They met in graduate school at the Ateneo De Zamboanga University. They were married on January 25, 1981 at the Archbishop’s Palace, Cebu City, Philippines. They made Seattle their home. St Mary’s Catholic Church became their faith community. Sonny served as a Lector and participated in many celebrations in particular Simbang Gabi, Flores de Mayo.

Sonny worked as the Group Leader / Mail Handlers US Postal Service where he was a well liked hard working member of the team. His work ethics was an example to all. He also worked at Safeway and loved the interaction with the customers.

Sonny was a great person, full of compassion, who loved unconditionally, generous, always saw the best in everyone, a photographic memory, a great sense of humor with that distinct laugh. He loved Karaoke and dancing.

Truly an amazing and gallant man who richly touched our lives and much loved by all. 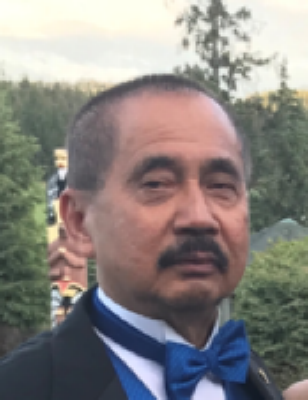