Plant a tree in memory of Stanley
An environmentally-friendly option 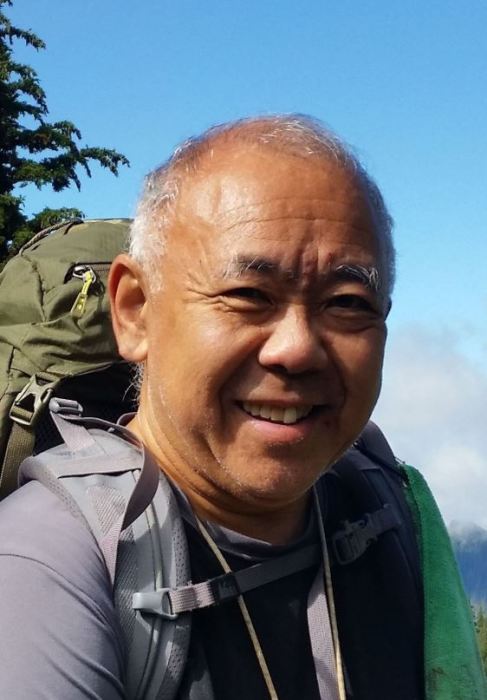 Stanley James Iwata passed away on April 2, 2021 due to health complications from several strokes. He was 67. Stan was born in Seattle, Washington, on June 25, 1953 to Tom and Diana Iwata. He is survived by his three children: Madeline, William and Marla; long-time companion Leily, and seven siblings: Maggie, David, Andrew, Gordon, Ann, Roger and Jeffrey.

Stan attended O'Dea High School and subsequently earned a Mechanical Engineering degree from the University of Washington.  Stan spent most of his professional career at Boeing, retiring after 37 years in 2016 as an Engineering Manager.  Prior to Boeing, he worked for the Bechtel Corporation. His positions there took him to San Francisco, the Alyeska Pipeline in Alaska, and Phoenix.

Stan was soft-spoken, quick to smile and had an inviting personality that endeared him to many.  He genuinely cared for others and was interested in their lives - maintaining connections with fellow workers, friends and former classmates. Stan’s engineering perspective served him well outside of work; he enjoyed working on cars and home projects; in many ways he took after his father as a problem-solver.

As a dedicated dad Stan was active in Boy Scouts when William was a member.  Stan continued an active lifestyle into his later years, including hiking, camping, golfing and long walks with Leily and his children. Stan was especially proud of backpacking the western section of the Wonderland Trail on Mount Rainier with his two sisters in 2018.  Golf was a unique outlet for him; he was continually analyzing his swing, tweaking his clubs, and practicing. He enjoyed family golf outings with his siblings.

In 2013, Stan received a kidney from his brother Gordon which greatly improved his quality of life. It allowed him to continue his outdoor activities and extend his time with loved ones. He cherished his return to health after years on dialysis treatment. Stan’s passion for living the best possible life led him to research healthy diets and the latest information on transplant health care.

A lifelong learner, Stan was curious about the world around him. He studied a variety of topics - music, religion, politics, his Asian heritage and languages, even learning to write and speak some Farsi, Leily’s native tongue.

A private graveside service for the immediate family will be held at Gethsemane Cemetery. A celebration of life memorial is planned for a future date when friends and family can gather together.

For those who wish, donations may be made in Stan’s memory to the Northwest Kidney Centers in Seattle.

Plant a tree in memory of Stanley by clicking here.
To send flowers to Stanley's family, please visit our floral store.

A service summary is not available

Plant a tree in memory of Stanley
An environmentally-friendly option

Plant a tree in memory of Stanley

5 trees planted in memory of Stanley

A Memorial Tree was ordered in memory of Stanley Iwata.  Plant a Tree

Stan was a good friend and classmate at O'Dea and UW. I remember him carrying his stack of engineering books on the campus at UW. He was always good natured, kind, friendly, and with a ready laugh. I am glad to have known him. Rest in peace, my friend.

Stan was a good friend and classmate at O'Dea. I was fortunate to reconnect in the last few years. He was still the genuine person and very positive and working on his health. We will miss him at our reunion where everyone remembers him as an all round good guy!

A Memorial Tree was planted for Stanley Iwata

Plant a tree in memory of Stanley